Investiture Ceremony for the academic session 2022-23 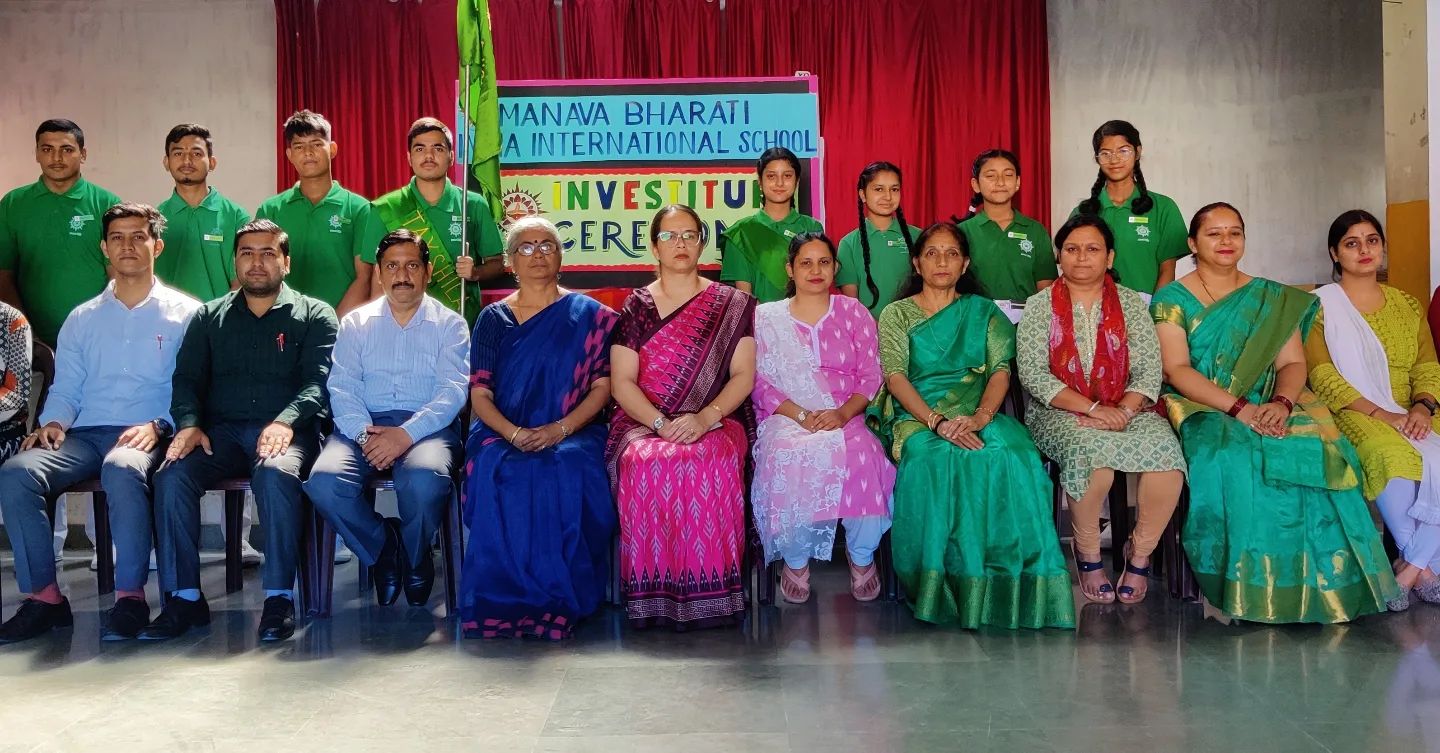 The Investiture Ceremony for the academic session 2022-23 was held with great pomp and dignity at Manava Bharati India International School,Dehradun.It was celebrated to promote leadership capabilities and talent among the students.This ceremony signifies the reliance and confidence that the school consigns in the newly office bearers. It was commenced with the lighting of ceremonial lamp by our Honorary Principal Dr. Geeta Shukla,Vice Principal Mr Ajay Gupta and Senior Coordinator Mrs.Jeniffer Paffett.

The elected Head Girl and Head Boy introduced themselves as they were conferred with badges and sashes by our Honorary Principal Dr Geeta Shukla followed by other Prefectorial Body and House Incharges.The march by all the prefects was a spectacular event which set the mood for the event.The Oath taking ceremony was led by Ex Head Girl and Head Boy Stuti Kantoor and Ashmit Rana.The event concluded with our Honorary Principal Dr. Geeta Shukla’s speech who extended her wishes to the new office bearers.

It was a memorable occasion for the young leaders as they looked forward to a new eventful and enriching academic year.

The programme was anchored by Ms Sumana Ghosh (faculty).