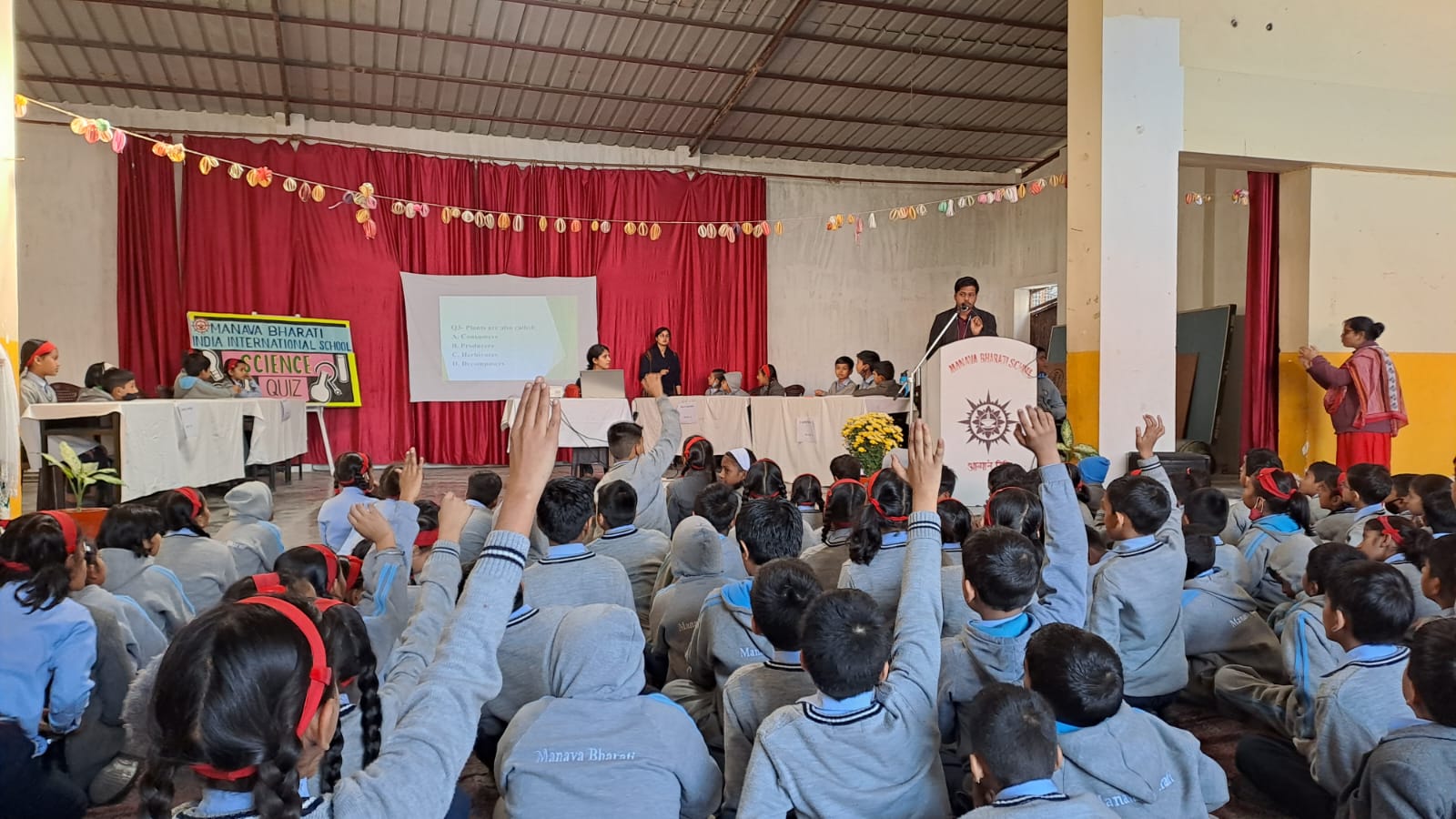 “An expert is a person who has made all the mistakes that can be made in a very narrow field.” – Neils Bohr.

Today at Manava Bharati India International School, a science quiz was held of which two rounds were taken online from which students were selected and further divided into the four teams.

Team-A (Earth Warriors) had Ashwin Khentwal of class 5A, Yashvardhan Rana of class 3A, and Vaibhav Prasad Pal of class 4.

Team -B (Space Wizards) had Aditya Rana of class 3B, Satvik Bhatt of class 5B, and Tanveer Kaur of class 4.

Team -C (Concept Squad) had Adrika Bisht of class 3B, Riddhima Rawat of class 5B and Sanidhya Lakhera of class 4.

Team -D (Curious Minds) had Tejal Rawat of class 3B, Divyansh Sharma of class 5A and Fabi of class 4.

The quiz had four rounds in which the first round was pen and paper round, second round was general questions , third round was visual round and fourth round was rapid fire round.

The children were appreciated by the honourable principal ma’am Dr. Geeta Shukla.

The quiz gave an insight of knowledge not only to the participants but also to the audience.